Why did God become one of us? 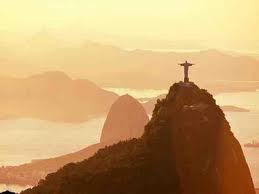  With God, words are not enough. By the Word all things were created and given their identity and purpose. Yet, God never stopped there. Before sin entered the world, Bible tells us that God walked with Adam in the garden. After Sin corrupted the nature of all people and the world itself, God has continually appeared before His people in various ways even dwelling amongst them in Spirit for a time. Simply creating and setting things in motion was not enough for God. His desire has always been to have an intimate involvement and even relationship with His creation.
 It was necessary for our salvation. Romans 3:23, 6:23. The only way our sins can be atoned for is through human death-the blood. The ONLY possible way of salvation is for one who is a perfect man and whose life is truly of infinite and eternal value to pay the price on behalf of all
 That we may transform into his likeness. II Corinthians. 3:17, 18, Colossians 3:10, Philippians 2:5, 7.

Why will Jesus come as a baby through gestation & natural birth through a Virgin?
The late theologian, Lewis Sperry Chafer, explained it this way:
“it was both natural and reasonable that Christ should enter that estate by the way of birth and pursue the normal process of development through childhood to manhood. Any other approach to this estate would not only be unnatural, but would have left Him open to grave suspicion that His manner of existence was foreign to the human family” (Vol. I, pg. 355) . .

“By such a procedure no question may be raised about the genuineness of His humanity or the permanency of it. It is true that, because of His unchangeable Deity, He could not be born of a human father. Had He been born of a human father and mother there would have been nothing to identify His humanity as the rightful property of His Deity. On the other hand, had He appeared with no relation to human parentage, there would have been no legitimate basis for the fact of His humanity. The divinely wrought arrangement by which He is generated of the Holy Spirit and born of a woman is the perfect solution of the problem.” (Vol. 5, pg. 47-48).
In conclusion, we have to bear in mind that, Jesus, the Word who was with God and who is God, didn’t humble Himself and come from glory in the flesh, fully Man and subject Himself to sinful humanity just for His own jollies. He came because, from before the beginning, He had a plan, a plan which is even now being worked out. A plan that is for our sake as well as His glory, a plan that He is giving all to see through to it’s completion.
1Jn 2:1-2 says “My little children, I am writing you these things so that you may not sin. But if anyone does sin, we have an advocate with the Father–Jesus Christ the righteous One. He Himself is the propitiation for our sins, and not only for ours, but also for those of the whole world.”
It is now left for us to embrace that which Jesus did on the cross, his death and his resurrection. We need to receive his gift, to believe in him and to walk in his divine plan for our lives.

© 2022 Family Life Centre - Home | About Us | Our Store | Contact Us
Design by AffiliateCashBuster.Com