The first Message after Pentecost 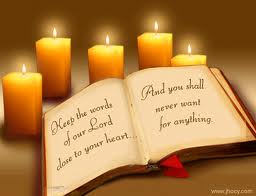 A guest preacher came one Sunday in midwinter to an appointment. The day was unusually stormy and bitterly cold, and he found the building empty. However, he took his seat in the pulpit and waited. One man came in, and at the appointed hour the preacher stood up and opened the service. At its close the man in the pew departed without waiting to face the minister. About twenty years later, the same preacher was approached by a stranger. “Do you remember,” he asked, “preaching years ago to one man?” “Yes, I do, indeed,” replied Dr. John Cooper. “If you are that man, I have wanted ever since to meet you.” “I am the man,” was the answer. “That sermon saved my soul, and led me into the ministry. The converts of your sermon, sir, are all over Canada.

The first message after Pentecost focused on the following:

A) The power of the word
The gospel is powerful and it changes lives. It is very effective and it it the only truth that can set people free. That gospel is Jesus crucified. Peter, the first disciple to recognize the truth about Jesus, and who was also the first to bear witness of him, preached this message to the men of Judea who had judged the whole episode as being the effect of too much wine. He began the sermon by quoting from the book Joel 2:28-32 from the Greek translation of the Old Testament. In the passage, God had promised that there would be a time when all those who followed him would receive His Spirit, and not just prophets, kings and priests. Peter pointed out that that time had come to pass. God would speak to and through all those who would come to him, whether in dreams, visions or prophesy. God’s final act of salvation began with the pouring out of his spirit.

B) The ascension of Jesus
Peter knew that no one could dispute the point he was about to make from Psalm 16:8-11, in which the messiah is described as not decaying. David had been buried and had not come back to life, so the psalm had to be speaking of about someone else. David’s heir. Peter pointed out that this heir is Jesus, who was put to death and resurrected. Not only had Jesus been raised from the dead, He is now at the right hand of God. As further proof of this, Peter quoted David again, from Ps. 110:1, the Messiah would sit at the right hand of God. David had not ascended to heaven but apostles declared themselves to be witnesses of the very ascension spoken of in this psalm, the ascension of Jesus. Based on these points, Peter’s conclusion is clear: Jesus, the one who had been crucified is both Lord and Christ.

C) The steps that lead to salvation.
Peter’s argument was irrefutable. The Judeans asked what they should do. This was the point of the new birth. The Spirit of God brought conviction to their hearts, the spring board of action. This action was threefold:
1) Repent: Repentance for the Judeans involved rejecting the former attitudes and opinions concerning who Jesus was. In faith they had to accept him for who He declared Himself to be while on earth, a declaration that was confirmed by His resurrection and ascension.
Peter exhorted his listeners to repent. In other words, each person had to make the decision to turn to God in faith. Then God would forgive that person’s sins and declare them righteous because of Jesus’ work on the cross. This was for them and their children. In first-century Israel, a father held tremendous influence in his home. When a father chose to receive Christ and be baptized, his children will follow lead.
2) Be baptized: When a person recognizes who Jesus Christ really is, the desire is to do what he commands. The first action that Jesus requires of a new believer is baptism, which is the outward expression of the inner faith. This baptism is for the remission of sins
One may wonder if Peter was saying that we must be baptized to receive forgiveness of our sins. Bible clearly teaches that we are justified by faith alone, not by works. Believers are baptized in view of God’s work of forgiveness, not in order to receive that forgiveness. God’s forgiveness in Christ gives baptism it’s significance.
Baptism is a public declaration that a person’s sins have been forgiven because of the finished work of the cross. This is the core meaning of the ceremony of baptism.
3) The gift of the Holy Spirit: This was the promise of Jesus. The Holy Spirit who is the third person of the trinity puts us in communion with the Father and the Son. The indwelling of the Spirit is a beautiful promise of the New Covenant, an indication not only that our sins are forgiven, but also that the Lord has placed his law within us.