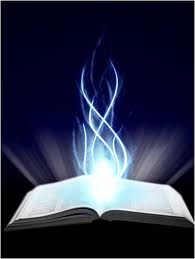 The Greek term for “Word” is logos. The concept of logos was understood as an expression of power or force from the mind through thought or speech. In a larger sense, it was taught that all that is, all that is real, all that has power is somehow connected to a singular, impersonal power of thought and reason called Logos. As such, the Logos was recognized as being the origin and source of all creation, all that is real, and all that is right, and that brings order and meaning to all things. Bear in mind that John himself and his original audience were Bible believing Jewish people who by force lived within a broader Greco-Roman culture..
The word was God
John 1:1 is probably the strongest passage in the New Testament for declaring the deity of Jesus Christ. Because of this, cultist have attempted to undercut it by arguing that this passage only teaches that Jesus is “a god” and not so fully Deity. Such a view is polytheistic; the belief in more than one god and it betrays a misunderstanding of Greek grammar.
The last portion of John 1:1 is the major point of contention. It reads in Greek “theos en ho logos, or literary, “the word was God”. God or theos, occurs in this verse without the Greek article ho, so that some have contended that the lack of the article in the Greek text should cause the statement to be translated “the word was a god”.
The best understanding for the translation, however, as recognized by Greek scholars, is that since theos is a predicate and precedes the noun logos and a verb, it is natural for it to occur here without the article. Greek scholars are agreed that the verse should be translated as it regularly is in modern and ancient translation, clearly affirming that Jesus is indeed God.
The word became flesh
Jesus was the true light that came into the world and enlightened every man. Jesus became man in order to reveal the truth to all people. The son of God who was from eternity became human, with limitations in time and space. God became human. Nothing of this essential nature of deity was lost in this event; we might rephrase became as took to himself. John uses the word flesh to refer to the physical nature of humans, not to our sinful disposition. This is what we call the doctrine of incarnation. God became flesh as easily as a baby becomes a live birth.
Illustration
“A human has a physical body that is infused with a spirit-the spirit of God. When that spirit is gone, the person becomes a lifeless, decaying mass of flesh. The body resembles the person when alive, but it is no longer that person. When Christ became incarnated in human flesh, his divine nature inhabited a physical body. That mystery is beyond explanation but it is not less impossible than human life.