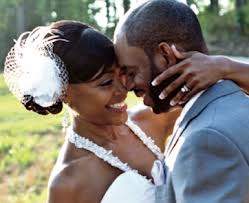 Marriage is a beautiful thing and a gift from God to man to enjoy and find fulfillment. A wrong choice of mate and a wrong choice of attitude can be a hindrance to this purpose. For whoever you marry can hinder you or help you fulfill destiny. Finding the right one calls for wisdom on the part of the seeker. Below are some few suggestions:

By their fruits the bible says you shall know them. A man’s character says a lot about him. Some of the ways you can tell if a young man or woman fears God is by his or her language and how he or she treats other people. As human beings, we are made in the image of God, and respecting other people regardless of their culture, belief, race, gender, colour or social status ultimately shows a heart that reverences God whom we reflect. Especially, a young woman’s life and hope must primarily be on the Lord. If a woman’s hope is in any place other than the Lord, the man who marries her is going to spend the rest of his life trying to help his wife find something which is not in existence.

2. One who honors his/her parents.

The only commandment with a promise is the command to honor our parents that our days may be long and it may be well with us. A man or woman who honours his parents also honours God, for commanded such to be done. It is popularly believed that if you want to see how a young man will treat you, see how he treats his mother. I’d take that a step further—look at how he honors both his mother and his father. Does he speak well of them or is he angry with them? Does he refuse to speak about them at all? The relationship a young man has with his parents is very important. There is so much baggage today being brought into marriages based upon dysfunctional relationships with parents. Even though this impacts both the husband and the wife, experience shows that women tend to be impacted more negatively by this than men. Women tend to be more nurturing and they are impacted deeply by hurting relationships. If a woman had a hard time honoring her parents, she will have a hard time honoring her husband. It’s important to also look for someone who has or is working to have a healthy relationship with her parents.

3. The fear of commitment:

A lot of young men today are afraid of commitment. As a result of that, there is a reversal or role; we have a lot of young ladies chasing young men. What the world needs today are more young men who are not afraid of being real, authentic, and committed to a relationship. The world needs men who are not afraid to love. Also, there are some young ladies who want to be married, but don’t really want to be a wife and a mother. They want to be married, but they want their career to be their number-one pursuit. Unfortunately, such selfish choices limit the possibility of many singles finding the right partner. I believe the scripture teaches that a wife’s number-one pursuit should be ministering to her husband and family. This means that if you choose to have children, your priorities and values have already been determined.

a. Spiritual compatibility.(Share the same belief in the Lordship of Jesus Chris)
b. Medical compatibility (Blood Group, Genotype, HIV, etc tests)
c. Academic compatibility (often ignored, but could later cause some frictions in marriage).
d. Psychological compatibility (Ability to connect deeper in so many issues)
e. Social compatibility (Belong to the same social stratum)
f. Financial compatibility (Opinion about money and how to manage it)
It must be borne in mind that except for the first two compatibility tests, the rest do not have to annul a pending marriage for a believer. Going through pre-marital classes with a pastoral counsellor or certified marriage counselor will help resolve all the compatibility tests above.
Trust is also very important for a successful marriage. It’s important to marry someone you can trust with private information about yourself that you do not want others — even members of your families — to know. In healthy marriages, spouses are each other’s confidant. Once a couple have the confidence that they can trust each other, they will begin to develop a dependency on each other. They will communicate more frequently and spend more time together.

5. One with a good character.

Character is what you are when no one is really watching. Good character encompasses sound morality and purity of heart and soul. The society is saturated with alternative sexuality, alternative marriage and alternative truth. Nothing is sacred anymore; everything is now relative to individual’s assumed standards. Godly character denies that one can determine his own laws and live by his own conceived morality. Godly character is based on the word of God. The commandments of God as found in Scriptures are the only rule that must govern the life of any genuine Christian.
How a young person handles his or her sexuality will tell a lot about his or her character. Un-restrained promotion of pornographic images and their ease of accessibility over the internet has become a huge issue facing both the married and the unmarried. It has become an inescapable assault on the sense both believers and unbelievers and many have been victimized by this evil. Therefore, everyone who truly wants to have a successful marriage must train himself or herself in godliness and contentment. Sexual purity is necessary for every successful marital relationship. Un-married persons who sleep together before marriage expose themselves to the unclean spirit of sexual immorality which if not dealt with will threaten the marriage afterwards. It is important that co-habitation and sex before marriage must be discouraged for the sake of the health of the marital relationship. Good character demands that prospective couple should hold themselves pure until after marriage.