Lessons Learned from the message after Pentecost 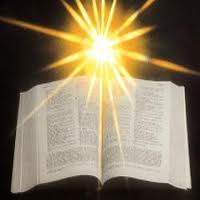 Peter’s message demonstrated the bold power that the Holy Spirit had worked in his life. So, unlike the apostle that denied the Lord three times on the night of his crucifixion. Many times, today especially, we see the gospel message watered down in the name of being seeker friendly or seeker sensitive. The premise, which is to present the gospel to unbelievers in a way that they can identify with, is good. But what often happens is that the people often get a feel-good gospel that only presents one side of the gospel. Peter’s message pulled no punches. He presented the truth in love, as he outlined their need for a savior and presented the savior to them, Christ Jesus.

Peter lays the death of Jesus on their conscience. He does this because it is certain that some of the same crowd here were the same ones that called for Barabbas to be released instead of Jesus, and the same ones that cried for Pilate to crucify Jesus. The death of Jesus was on their heads, along with the religious leaders and Judas. Peter didn’t back down from this statement at all, even though some hearing him might not like it. Peter spoke the truth, but he spoke the truth in love. I think a lot of people miss out on that today. A lot of pastors and teachers teach the truth without the love. Jesus never did that, and Peter wasn’t doing that here either. After accusing them of having a hand in Jesus’ death – he gives them hope. He tells them about the risen Lord.

Peter tells that Jesus was raised up by God, as He was. He then uses a peculiar phrase to describe the resurrection. Peter said that God loosed the pains of death. This is a very peculiar phrase – loosed the pains of death. In the original Greek, the pain describes the pain of childbirth. Now, I know about that first hand, I have seen it, and it is pretty painful. What is peculiar here is that death is described as not able to hold back Jesus from being raised from the dead. He was not held by it because He was the Messiah, the savior and king that they had been waiting for.