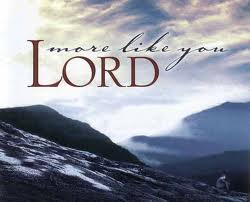 A turtle in Edmonton wanted to winter in Vancouver. Since it was too far to walk, he convinced two geese to tie a rope around their necks and fly south while he hung on with his jaws clamped onto the rope. As they crossed the river into Vancouver, some other geese joined the formation. Very impressed with the setup, one said, Hey, who thought up that brilliant idea? The turtle immediately opened his mouth to say, i did and fell to his death.

The Bible warns about the dangers of pride: Proverbs 16:18 says that “Pride goes before destruction and a haughty spirit before a fall. By pride comes nothing but strife and shame (Proverbs 11.12; 13.10 NKJ). Satan was cast from heaven because of pride. It is considered one of the seven deadly sins and only few things destroy a church’s unity quicker than pride.

A) Unity through humility
The Church in Philippi was not unified; they were too selfish to be. The Philippians biggest battle was not with their external circumstances but with those internal attitudes that destroy unity. The key principle for unity in the body of Christ is simple and clear: in humility count others more significant than yourselves. Humility, though hard to come by, is essential to a life of joy in the midst of a fallen world.
Psalm 133.1 says: “Behold, how good and pleasant it is when brothers dwell in unity”.
The good news begins with a sad truth. Have you seen this in yourself? Have you noticed your inclination to cast your own motives and behaviors in the best possible light? Do you realize that you cut yourself more slack than you do to others? Have you recognized that your heart insists on looking out for number one?
Since the fall of man in Genesis 3, our sinful desires naturally order the priorities of the universe with self at the center. According to this pattern of thinking, when my needs and desires are met, when my circle is full, then I can consider others.

Contrasting this with the mind of Christ, We see that, His heart desired
1) To know God; freeing him
2) To consider others; while he trusted God
3) To supply his needs
This radical reordering of priorities shows why becoming a Christian requires the renewing of our mind. All godly actions begin with the “renewing of the mind. Right thinking produces right actions. Our actions are the fruit of our deepest thoughts. Thinking and being like Christ are requirements not only for an individual but also for the corporate body of believers. Together, we need to think and act like one being, like the person of Jesus Christ.
The Bible doesn’t ask us to totally ignore our own ideas, preferences, or desires. It does, however, point out that we often forget others’ interests. The problem is not that we think too highly of ourselves, but that we think of ourselves too much. The solution to pride, therefore, is not thinking less of one, but thinking of oneself, less. In other words, elevate others’ needs on our list of priorities!
C. S. Lewis describes the problem and the way to recognize pride in ourselves: There is no fault which makes a man more unpopular, and no fault which we are more unconscious of in ourselves. And the more we have it ourselves, the more we dislike it in others. The vice I am talking of is Pride or Self-Conceit; and the virtue opposite to it, in Christian morals, is called Humility. According to Christian teachers, the essential vice, the utmost evil, is Pride. It was through Pride that the devil became the devil: Pride leads to every other vice: it is the complete anti-God state of mind. Does this seem to you exaggerated? If so, think it over. I pointed out a moment ago that the more pride one had, the more one disliked pride in others. In fact, if you want to find out how proud you are the easiest way is to ask yourself, How much do I dislike it when other people snub me, or refuse to take any notice of me, or shove their oar in, or patronize me, or show off?. (Mere Christianity, 109).
For the supernatural work of humility to flow through u, we need to do the following:
a. Recognize and admit to pride.
C. S. Lewis,: “If anyone would like to acquire humility, I can, I think, tell him the first step. The first step is to realize that one is proud. And a biggish step, too. At least, nothing can be done before it. If you think you are not conceited, it means you are very conceited indeed”.( Mere Christianity, 114)
b. Ask God for humility. James 4:6-10.

c. Fellowship daily with Christ. Matthew 11:28.
B) The humiliation and exaltation of Jesus.
With an event unfathomable to the point of incredibility, Jesus sets aside his glory to be spat upon, mocked, beaten, abused, cursed, derided, defamed, mistreated, ridiculed, jeered, and rejected by those whom he created. Like a farmer who must lift a wounded pig, Jesus removes his royal garb to kneel in the muck and slime, not the filth of the sty, but of sin, to get under a people wallowing in the refuse of their own rebellion. He made himself nothing, taking the form of a servant, humbled to death on a cross.
Even though Jesus Christ was God, he did not look on sharing God’s nature as robbery, i.e. A thing to be seized, as though he did not already possess it (this speaks of equality of existence). Christ was fully God but he limited Himself in such a way that He could also be completely human. He made himself of no reputation by taking on the form of a servant. He did not empty himself of His essence as God but gave up his privilege as God to take upon the existence of man. Jesus added to his divine essence, a servant’s essence so that he can fulfil the will of another. Paul did not say that Christ exchanged the form of God for the form of a servant, involving the a loss of deity or attributes of deity. Rather, in incarnation, Christ continued in the very nature of God but added to Himself the nature of a bondservant.
Jesus willingly took the role of a servant. He chose to die so that so that the sins of the world could be charged to his account and subsequently credit his righteousness to the account of all who believe in him. Paul describes the depths of Jesus humiliation by reminding us that Christ died by the cruellest form of capital punishment, crucifixion. The Romans reserved the agonizing death of crucifixion for slaves or foreigners, and the Jews viewed death on the cross as a curse from God.
Undoing the core of our sin nature and rebellion, God became man, letting go of the honor due divinity to grab hold of fallen humanity. While people step on those who hinder their climb up the ladder, Jesus humbles himself to wash our feet. In exchange, the Father lifts him; God exalts him. (vs.9).

Meditating on the person and work of Christ Jesus convinces us of a clear pattern: those who trust God enough to embrace humility before God, and service to others, find him faithful to lift them up.
Illustration.
Watchman Nee, the Chinese evangelist, tells this true story. A poor, Christian, Chinese farmer had rice fields high in the mountain. Every day he spent hours pumping water into the rice paddies; but when he returned to the fields the next morning, he would find that his unbelieving neighbor, who lived down the hill, had opened the dikes and drained the water to fill his own fields.

For a while the Christian ignored the injustice, but at last he became desperate. His rice would die if this continued and this was his livelihood. So he gathered his church and they prayed and discussed the situation and came up with a plan. The next day the Christian farmer rose early in the morning and first filled his neighbor fields; then he attended his own. He counted his neighbor more significant than himself; his looked to his neighbor interests as well as his own.
Soon the neighbor wanted to know the Jesus whom the farmer served as Lord and master. He was converted by seeing how the mind of Christ radically reordered the attitude and thinking of another man. Christ-like humility amazed him.
I wonder how our conflicts and disagreements, our hurt feelings and distrust, would end differently if we had the mind of Christ. That’s a question for us to ponder on.