Addictions- breaking bad- Freedom from the shackles of addictions

Posted by admin on April 8, 2012 in Topical issues with No Comments Yet 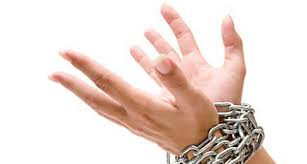 So then, my beloved, just as you have always obeyed, not as in my presence only, but now much more in my absence, work out your salvation with fear and trembling; 13 for it is God who is at work in you, both to will and to work for His good pleasure.- Philippians 2:13,14 (NASB)

A popular TV Drama Series from AMC with the above theme has won numerous awards. The episodes end with strength of purpose, commitment to a call and addiction to a controlled substance. Breaking from bad attitudes and behaviors that limit our usefulness in the kingdom requires the same intensity of purpose and commitment to a cause in order to be free. Also bear in mind that addictions are as self-limiting as phobias. Unfortunately, more emphasis is usually placed on addictions which are considered more debilitating and deadly. But some phobias can also exact similar deleterious effects and severely limit someone’s capacity to function effectively in life. Dealing with either phobias or addiction is a global campaign that seems to be escalating on a massive scale. But there is a kingdom solution to it.

WHO IS REALLY WORKING?
The dangers of building a doctrine on a Bible verse without due regard to the continuity of the texts is widely known among theologians. This practice often separates connected and continuous thought into meaningless fractional clauses and sentences. In order to fully understand v.12 in our text, you must connect it to v.13. The Grace Proponents will frown at the statement, “work out your salvation with fear and trembling” because they believe grace covers everything. The Torah observing believers at the other hand will require some clarification on the statement, “for it is God who is at work in you”, because God does not assume our responsibilities for obeying His commandments.’
Both groups have a lot to add to our understanding of the text. Let’s look at the same text in The Amplified Version.

13[Not in your own strength]for it is God Who is all the while effectually at work in you [energizing and creating in you the power and desire], both to will and to work for His good pleasure and satisfaction and delight.

THE BATTLE OF LORDS
The good news is that God is at work through the Holy Spirit in any person that is wholly consecrated to Christ. This internal operation enables the believer to detach himself from the shackles of addictions and phobias to become a free citizen of God’s kingdom. The influence of addictions cannot hold down a life that is totally yielded to Christ. Addiction and phobias are issues of Lordship. When Jesus steps in as the Lord of your life; the lord of addictions and phobias will be ultimately dethroned. For a believer, this is the battle of lords. The Sovereign Lord, Yeshua Hamashiac (Jesus Christ) must be in-charge or the usurping lords of addictions under the control of Lucifer will reign. When Jesus takes over lordship of your life, then the battle is no longer yours but God’s. At this stage of your consecration, you can be free from all forms of addictions and phobias without all the struggles that are associated with it. All you need is to cooperate with Him by fully consecrating your whole life to Him, to live for Him and obey Him in all things.

Consequently, as your new Lord, He undertakes the task of working out His promises in your life in a miraculous way that will baffle you. Sometimes this internal operation of the Holy Spirit is gradual, while some other times it is instantaneous. A young man worked on our leadership team some years ago. He suffered from the demonic power of rage. He was obsessively and impulsively controlled by the spirit of anger to a dangerously controlling level. His parents had done all they could to help him without success. He did not only become suicidal, but also dangerous when this diabolic power came upon him. Oblivious of this, we engaged him to work with us because he was such a hardworking brother. Surprisingly, during one of our mission trips, he almost killed one of our sisters because she demanded him to stop the bus (he was the bus driver) for another sister to buy a loaf of bread. When we brought him before the central leadership for “judgement”, we were shocked to hear from him that he has been obsessed from childhood by this diabolic spirit. When we heard this, hands were laid on him, and he was set free that same hour. His release came so fast because, after the appalling incidence that happened, he was so ashamed of his conduct that he cried out loud to the Lord for help. Some of us wept with him. At this level of genuine consecration and total surrender to the Lord, no power of addiction or phobia could withstand the liberating power of the Holy Spirit.

Are you struggling with any type of obsessive compulsive addictions or phobias? Do not try to work your way out alone. Allow God to consume your whole life. Cry out loud to Him for help. Engage other anointed believers in Jesus Christ to lay hands and pray with you. Next, you need to become completely dedicated to the Lord through a deep personal relationship on a daily basis. You can only be ruled by one lord. Choose the Lord of Peace and Grace and not the lord of addictions and phobias.

© 2022 Family Life Centre - Home | About Us | Our Store | Contact Us
Design by AffiliateCashBuster.Com